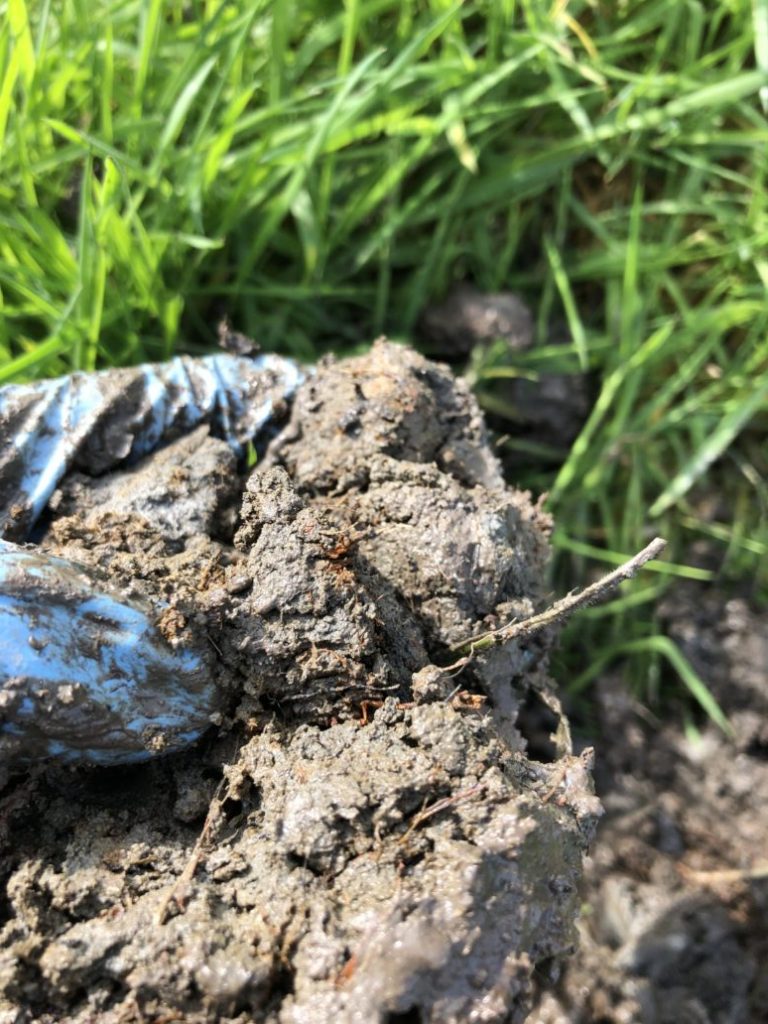 For the past two years there has been a lot of news about a ‘new’ contamination, “PFAS”, which has caused a lot of nuisance in the construction and soil world. It has recently been shown in America that there is a bacterium that breaks down this group of substances of concern. Geofoxx and Orvion are jointly conducting research into the extent to which plants can tackle soil contaminants. The DNA analyzes used here gave reason to suspect that this bacterium is also present in the province of South Holland. Specific research was carried out with the support of the province of South Holland and the Midden-Holland Environment Agency.

Poly- and perfluoroalkyl substances or PFAS have many useful applications and are used in, for example, non-stick pans, clothing and extinguishing foam. Handy properties of these fabrics are water and heat resistance. Unfortunately, this also makes it very difficult to break down these substances in nature. Due to their large-scale use, these substances can now also be found in the soil, groundwater and even the blood of people. In addition, with prolonged exposure and accumulation, these substances may cause cancer and infertility. In the past two years, this has led to standards for the permitted concentration of PFAS in the soil. This led to a lot of commotion and many construction projects got stuck due to the strict standards.

American researchers from Princeton University published a study at the end of 2019 about a bacterium called ‘Acidimicrobium A6’, which can break down PFAS and make it harmless. In response to this, environmental consultancy Geofoxx, in collaboration with the Orvion laboratory, conducted a study into the presence of this bacterium (family) in the province of South Holland. The ‘A6’ bacterium itself has not been found, but related species have been found in places with a low acidity, iron and ammonium rich soil, and low oxygen concentrations (very wet soils). Laboratory tests have yet to confirm whether the naturally occurring bacterial population in the Netherlands does indeed break down PFAS.

The bacterial family may be able to make an important contribution to soil management in the Netherlands, by slowly but steadily breaking down PFAS. The natural method would offer a good solution for (large) areas with low concentrations of PFAS. For example, to make areas available again in the long term for housing or nature. The biological and physical conditions can be adapted, for example, by increasing the groundwater levels and with plants whose roots play an important role in the decomposition process.

Another technical possibility is for “hotspots” to grow hyperactive bacteria in reactors and add them to the soil, in places with high concentrations of PFAS (“bioaugmentation”). This is still in its infancy for these species, but remains promising for the future.

Geofoxx and Orvion are ready to collect additional knowledge in order to capitalize on these opportunities.

The project was carried out as part of the Soil Implementation Program and was commissioned by the province of South Holland. In addition, there was collaboration with the Milieudienst Midden Holland and a student team from Wageningen UR. For more information, please contact Marc van Bemmel (Orvion, 06-21859700), Luuk de Vetten (Geofoxx, 06-53354095) and/or Jeroen Oosterwegel (Geofoxx, 06-20011987).

Ceramic filters tested for removal of bacteria from water